Editor’s note: Just yesterday, the Senate president, Bukola Saraki’s, trial has been postponed. Saraki himslef says his 13-count charge at the CCT is politically motivated. But Ibrahim Magu, the EFCC chairman, Solomon Arase, inspector general of police, and Abubakar Malami, the attorney general of the federation, toldthe Senate president not to politicise the trial.

Titi Dami, a Naij.com contributor, says the Nigerian law lacks balance and tips the scales to the benefit of whoever is in charge. So, is Saraki being rightfully prosecuted, or is he politically repressed?

However removed anyone chooses to be from the eccentricity of Nigeria’s political system, we eventually all get involved at the end of the day. From the cabman who drives around the city narrating his ordeal about how he managed to fuel his car, to the blacksmith who has to send money to his son in the north, we all eventually find ourselves discussing politics and governance – all within the horizon and privy of the information we can gather and digest.

So far, with what I have been able to digest regarding the case of the Senate president, Bukola Saraki, at the Code of Conduct Tribunal, I believe that all Nigerians need to put some deep thought into it. At this time, when everyone sees what the papers are reporting at face value, I feel the need to comment on this because looking beyond what the ordinary, and leaving all issues of bitterness and slandering and jargon about past acts, there is a certain disturbing undertone to the Senate president’s case. 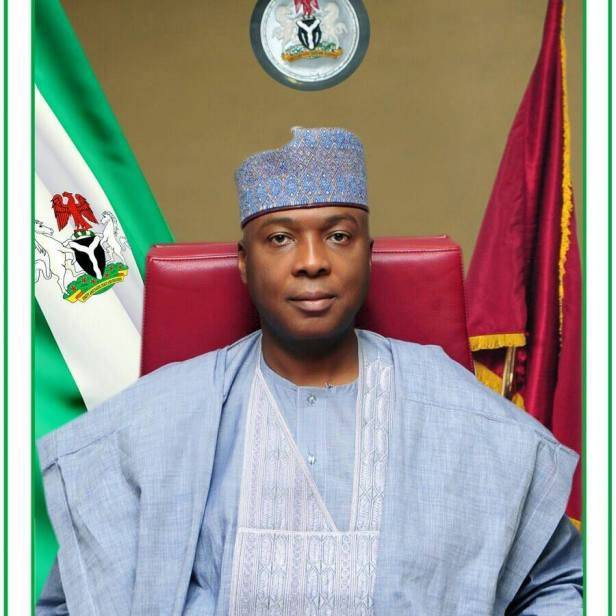 The public opinion court, which draws its judges and jury from social and traditional media, has tried to analyze and over-analyze the ongoing trial of Saraki based on news and stories we read day in-day out. Some have said that Saraki has questions to answer before the court, and as such, he should clear his name. However, every Nigerian out there who has attained puberty would agree with me that there is something called “the politics of politics,” and Saraki, as a politician, is currently caught in the middle of a high-stakes game of this politics of politics.

Politics of politicking is usually beyond what the neither eyes can meet, nor words can explain. Therefore it is usually an art of the mind, only understood by those who can discern beyond the common, and grasp at the hidden insinuations that lie hidden between the lines. Among the questions begging to be unraveled are: why would the senators and House of Representative members who are the rightful representatives of the Nigerian masses keep standing firm in support for the Senate president?

These representatives are in no doubt the ambassadors of all the men and women across Nigeria, and as seemingly indicting as the CCT case against Saraki is, they have all maintained one solid ground that the CCT is persecuting the Senate president rather than prosecuting him.

A handful of senators have even gone as far as issuing statements stating clearly that they believe that the case against Saraki is nothing but a political witch-hunt. If those closer to the corridors of power are saying this is based on the “in-house” information, what should this signify to the rest of us who think that the “face value representation” of Saraki’s case at the CCT is as straightforward as it seems?

Another question to ask is: who stands to benefit from Saraki’s downfall, and who stands to lose? Is this not another clear case of the masses being used by a powerful cabal that is hell-bent on using the media to tilt national issues in their favour?

Correct me if I am wrong, but I think that some guy called Martin Luther King once said : “Injustice anywhere is a threat to justice everywhere”. In this regard, no matter how good the intentions of our president might be, we need to remind him that two wrongs can never make a right.

Most importantly, he is not a god to use the machineries of the state to decide who is tried and who is left alone. Or who deserves to preside over the legislature, and who should not. This is a democracy.

Some say that the president’s body language does not support corruption. I cry folly. Weren’t members of the president’s own cabinet like Fashola, Amaechi, and Fayemi accused of wrongdoings? Why is the president shielding some people from investigations, and being selective in his role as the chief security officer of the Federal Republic of Nigeria?

We all understand that politics is a game for the lionhearted, however, this game should not be played at the detriment to Nigeria’s democratic principles. The law should not be used to favour some and shield others. The law should also not be used as a weapon against those one considers enemies, and a safeguard for those one holds close as friends. The law must be equal to all, all the time. Regardless of who is being tried, no matter what his alleged sins are.

For this reason, I say: the case against Saraki is politically motivated.

The views and opinions expressed here are those of the author and do not necessarily reflect the official policy or position of chi’s blog.